Replay Expands team to accelerate growth of it's blockchain platform!

We’re excited to announce that Mukesh Vidyasagar has joined Replay as Head of Content and Creator Product Strategy. Both an active filmmaker and experienced leader in product development, Mukesh will bring to Replay his unique strategic insight to help guide content and product development. 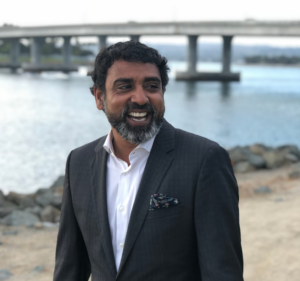 Mukesh will draw upon his extensive experience in both traditional and digital media to serve in a product management capacity at Replay, having previously served ABC Television, The History Channel, A&E Television, Universal Pictures and Fullscreen Media.

A former FLAS (Fellowship in Language and Area Studies) recipient in the Tamil language, Mukesh has recently sold his first feature length script and a series pitch as a writer. His most recent work as a director has premiered at Outfest and The Los Angeles Asian Pacific Film Festival. He has also completed the Universal Pictures Leadership Program, a prestigious program within NBC Universal that only accepts 1 in approximately 3000 candidates per year. Mukesh was also the recipient of an AWC fellowship from Visual Communications and has been nominated for the NBCU Directors Program.

A serial entrepreneur with experience in scaling media operations, Mukesh will bring a creative perspective to Replay as we build the tools solving the problems associated with traditional content distribution – and we’re incredibly glad to have him onboard!

A Few words from Mukesh on why he joined Replay:  “I joined replay because it was a perfect match for me –a writer/filmmaker with a product background. This is the type of product that every content creator dreams of. One that gives us visibility on where and how many times our content is viewed and how we should be compensated for it. It’s a filmmakers dream and I’m very excited to be a part of this game changing vision.”

For all media inquiries regarding this release please contact Josh Adams via
josh.adams@eakdigital.com / (+447490570264)
hello@imaginereplay.org